Terence Riley, former Chief Curator of Architecture and Design at the MoMA, is dead

Terence Riley, an architect and curator who made an outsized impact in the architectural worlds of New York City and Miami, has passed away, sources close to AN have confirmed.

Riley, born in 1954, was a proponent of both opening design up to the wider world while not sacrificing on taste, and an ardent defender of modernism. That makes sense, considering that from 1992 through 2005, he was the Philip Johnson Chief Curator of Architecture and Design at The Museum of Modern Art (MoMA)—a position that, at the time, meant working with the man the position was named after. In 1992, before his appointment as chief curator, he actually staged a remake of Johnson’s 1932 MoMA show, Modern Architecture: International Exhibition, something that Johnson reportedly wasn’t enthused about.

Still, Riley found success in the role and worked closely with his successor at the museum, Barry Bergdoll, and in 2001 the two collaborated on the blockbuster survey of the early career of Ludwig Mies van der Rohe, Mies in Berlin, which meticulously tracked the architect’s evolution, would go on to become Riley’s landmark show at MoMA.

In 2006, Riley departed New York to become director of the Miami Art Museum, which, at the time, was staring down the barrel of a $220 million new museum building project by Herzog & de Meuron. Unfortunately the project took years to get going and Riley stepped down as director of the museum, now the Pérez Art Museum Miami, just as final designs were unveiled in 2010. At the time, Riley was adamant that he was only doing so to focus more on his architectural practice, Keenen/Riley Architects (K/R), which has offices in both New York and Miami.

This is a breaking news story and AN will follow this announcement with a more in-depth obituary. 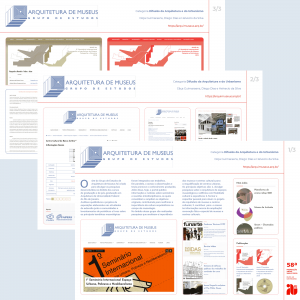 Display all posts under Notícias